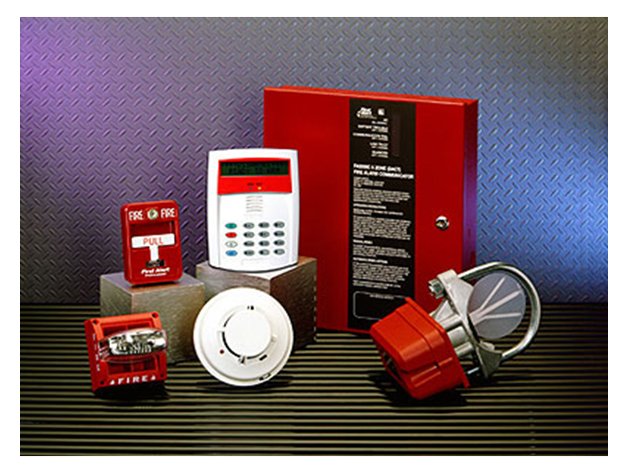 Fire alarm system (addressable & conventional) in Dubai. A fire alarm system is a set of electric/electronic devices/equipment working together to detect and alert people through visual and audio appliances when smoke/fire is present. These alarms may be activated from smoke detectors, heat detectors, water flow sensors, which are automatic or from a manual fire alarm pull station.

fire alarm system has a number of devices working together to detect and warn people through visual and audio appliances when smoke,fire, carbon monoxide or other emergencies are present. These alarms may be activated automatically from smoke detectors and heat detectors or may also be activated via manual fire alarm activation devices such as manual call points or pull stations. Alarms can be either motorized bells or wall mountable sounders or horns. They can also be speaker strobes which sound an alarm, followed by a voice evacuation message which warns people inside the building not to use the elevators. Fire alarm sounders can be set to certain frequencies and different tones including low, medium and high, depending on the country and manufacturer of the device. Most fire alarm systems in Europe sound like a siren with alternating frequencies. Fire alarm electronic devices are known as horns in the united states and Canada, can be either continuous or set to different codes. Fire alarm warning devices can also be set to different volume levels.

BLUE FLAME FIRE FIGHTING LLC is a well-established company in the field of Fire Protection which specializes in designing, supplying, installation and commissioning of Fire Fighting and Fire Alarm Projects.

Scroll back to top